Facebook, Twitter, Instagram, Snap Chat, LinkedIn, Google+, YouTube, Periscope, and so many more. It’s hard to keep up with all of them. But here’s the good news, you don’t have to. So how do you know which social media outlets to attack first? Enter a plan. Doing the research to find out where your customers are interacting on will save you a lot of headache and allow you to focus on only a few of those social media outlets. After all it doesn’t make sense to continuously post on LinkedIn when all your customers are using FaceBook or vice versa.

But why social media in the first place?

You may love it or hate it but either way – it’s where all the people are interacting, getting real answers, from real people to their questions – It’s the new word of mouth.

Who’s Using Social Media and Where? 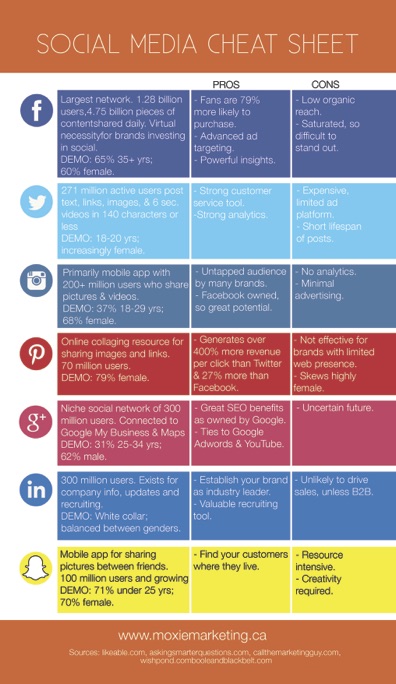 Your actionable this week: Figure out where your customers are socializing.

Overcoming Stress and Spurring Motivation The Break Down to Modern Marketing